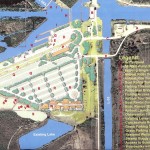 Everglades Holiday Park is a funky place, and I mean that as a compliment.

There’s alligator wrestling and airboat rides for tourists, unrestricted 24 /7 boat ramps for local anglers and hunters, a general store and a bait shop that seem closer to Mayberry than Weston.

That’s the way it should be. At the western end of Griffin Road past U.S. 27, it’s old-time Florida, the Everglades in all its unspoiled and swampy glory.

Broward County originally wanted nothing to do with the place. After being given the land by a farmer in the 1960s, the county leased the land to the state. The state has sublet the park to various concessionaires. Since 1982, the Bridges family of Fort Lauderdale has run it. Their lease expires in 2012.

This is one case where privatization seems to work. The public gets free access to bass fishing, frog and duck hunting, and tourists pay the freight with $21 airboat rides. The Bridges turn a profit and give an annual cut to the state. The state’s share ranges from $100,000 to $400,000, according to Chuck Collins, the south regional director for the Florida Fish and Wildlife Conservation Commission.

It’s the county’s land, but Broward doesn’t get a cent.

I suppose another way of looking at it is the county doesn’t have to spend a cent, either.

“If they have a problem with not getting a cut, I told them we’d work with them,” Clint Bridges said Wednesday. “If they just gave us a lease extension, I’d pay for all the improvements they want. They wouldn’t have to get their hands wet or do a damn thing, other than go to the mailbox and pick up their check.”

But Broward has something more involved in mind.

The county has explored getting the park back from the state. It has hired consultants and held public workshops. There’s talk of expensive refurbishments, new boat ramps and docks. There’s also talk of a $10 million Everglades museum and replica 1880’s village, seeded by developer Ron Bergeron and run by a nonprofit organization.

I hear talk like this, and I get a little clammy.

Especially when you consider the planning firm working on this is URS Corp., the same people who’ve done such a bang-up job with the airport expansion.

Especially when you consider Bergeron sits on the Fish and Wildlife Conservation Commission, which might have to approve the county takeover.

“I probably would recuse myself [from voting],” Bergeron said.

Especially when you consider the county is dealing with $100 million in budget cuts and may close other parks one day a week.

Is this really the time to get ambitious?

“That’s why everybody’s been screaming, ‘It ain’t broke, so don’t fix it,'” said Paul Schmitz, of Pembroke Pines, a frequent duck hunter. “It’s just an unencumbered, ideal place for hunting and fishing. It sounds like they want to turn this from a money-maker into a money loser.”

On Wednesday, the county unveiled the revamp plan at a public forum. Among the recommendations: getting rid of on-site camping, doubling the parking from 150 to 300 spots, and building the museum to educate locals and visitors about the Everglades’ history.

“We want to make it a showplace,” Bob Harbin, the county’s director of parks and recreation, told me earlier in the day. “The theme would be the same, but the facilities need to be brought up from 1930. What we’d build would still have a rustic appearance.”

Harbin said the park would remain open round-the-clock, the No. 1 priority for local hunters and anglers who came to workshops.

“We’re skeptical about that,” said Rick Persson, a bass fisherman and vice-president of the South Florida Anglers for Everglades Restoration. He cited a park in Loxahatchee run by Palm Beach County that now closes at dusk. “We’d like to see improvements, but if it’s going to lead to people getting shut out of the park, then what’s the point?”

Michael Mayo’s column runs Tuesday, Thursday and Sunday. Read him online weekdays at Sun-Sentinel.com/mayoblog. Reach him at mmayo@sun-sentinel.com or 954-356-4508.