The Future of Freshwater Fishing in Florida

When you cast a lure in Florida, you are participating in a time-honored tradition in the Sunshine State. But now in 2009, we all share responsibility for conserving our fisheries and for passing the angling tradition along to our youth.

Some things such as climate change and population explosions may seem out of our hands, but individually we all can do something to keep those fish biting even through challenging times. 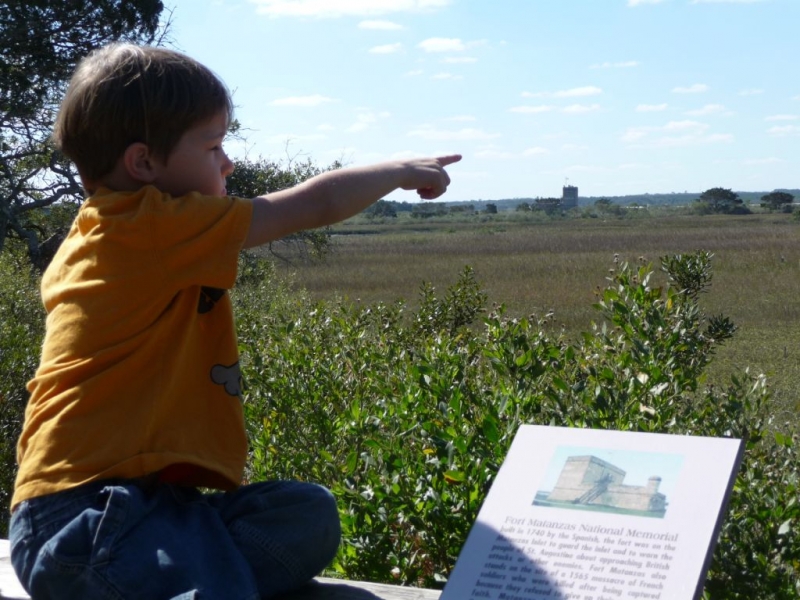 Perhaps even more than ever, we all could benefit from the pleasures of a day spent fishing, watching the sun glisten on the water and hearing a fish strike a topwater plug.

It is hard to imagine the Florida Juan Ponce de León saw when he first landed in 1513. By 1539, Hernando de Soto was exploring the interior of the state and discovering fish traps used by the Ucita natives on the Myakka River and elsewhere.

Sunday morning sermons about the importance of recreational fishing to restore the “psyche for work” by Reverend Seccombe and others had been published as early as 1739 in the colonies. Florida didn’t become a state until 1845, and five years later the first state census listed 87,445 residents. Those Floridians enjoyed the benefits of recreational angling and already saw the need for conservation. Florida’s first freshwater fishing regulation, passed in 1855, prohibited haul seines to conserve the resource. Then in his 1864 benchmark publication — The American Angler — Thaddeus Norris talked about the importance of recreational anglers releasing a portion of their catch. A century later, in 1950, 2.8 million people lived in Florida.

Today, with the population hovering around 19 million, the Florida Fish and Wildlife Conservation Commission (FWC) faces amazing challenges as it strives to manage freshwater fisheries for their long-term well being and the benefit of all those people.

The population is increasing by nearly a thousand people per day, and by 2060, it is predicted the human population will have reached 36 million.

A study, entitled Florida 2060, published by 1000 Friends of Florida suggests that 7 million acres of natural or rural land will have to be converted to urban use by 2060. The report notes that the governor, state legislators, agencies and residents can help ensure sustainable natural resources and a healthy environment by deliberate growth management, fostering Florida Forever and other land acquisition programs. The University of Central Florida subsequently released Alternative 2060, which shows how by following seven major principles the state could accommodate this growth in a more environmentally sensitive way that would actually be more economical for the state.

Now more than ever, the FWC realizes that recognizing the unique attributes of Florida’s ecology and natural resources and the role they play in creating a quality lifestyle for Floridians is critical. The future depends on science-based management, and a proactive look at deliberate growth leadership.

Wildlife 2060, a report by the FWC (see MyFWC.com), shows Florida’s natural lands and waters are at the core of our prosperity, bringing billions of dollars in economic benefits to our state every year. The report predicts what would happen if current growth patterns continue, but it also highlights activities that have been pursued to shape growth in an environmentally sensitive and community-family way. By building on these lessons we can prevent haphazard sprawl, maintain a natural fish and wildlife community and ensure future generations can continue to enjoy them.

One of the seven principles referenced by the Alternative 2060 report relates to climate change as do some of the key concerns in Wildlife 2060. Projections for global warming posit severe threats to the future of our ecology, fish and wildlife, and recreational use, in particular as shoreline areas become more inundated by rising water levels over the next century.

The FWC has taken a leadership role in this area too by holding a summit entitled “Florida’s Wildlife: On the Frontline of Climate Change.” The summit included Nobel Peace Prize laureates Dr. Jean Brennan, from Defenders of Wildlife, and Dr. Virginia Burkett, from the U.S. Geological Survey. With the information gathered at the summit, the FWC has set in motion the actions necessary to manage fish and wildlife as they adapt to the stresses of rapid change.

Florida’s Wildlife Legacy Initiative is FWC’s principle effort to conserve Florida’s wildlife and their habitats. The goal is to prevent wildlife from becoming endangered. Rather than rules and regulations, the Initiative creates partnerships to take action.

Get Outdoors Florida!, which will be the focus of next month’s Fish Busters’ Bulletin, is our effort to engage communities, families and individuals in outdoor experiences to achieve healthier lifestyles and sustain Florida’s natural resources. This broad coalition envisions a healthy Florida community that is connected with nature and reflects social diversity, while exhibiting a conservation ethic to help ensure a sustainable future and recreational opportunities. We all can participate by encouraging our youth to get outdoors and enjoy all that Florida has to offer. When we begin to appreciate the wonders of the local fishing hole or the rivers flowing through our state, we become partners in conserving those resources for our enjoyment now and in the future.

Conservation measures, actions and education not only enhance our lifestyles, but ensure a healthy, sustainable world for Florida’s unique and precious fish and wildlife.

Since Ponce de León first stepped ashore, vast changes have come to the peninsula he named La Florida. But the changes that occurred in the intervening 500 years, could be replicated in the next 50 by vast changes in our population, land development, water use and climate. The FWC, along with its partners and residents, can manage those changes every step of the way for the well-being of our fish and wildlife, and the benefit of people. Science-based management will ensure that as our population doubles, fish and wildlife will abound and future generations will enjoy all of the healthy benefits of being connected to nature.